After attending the London Tech Week, Jonathan Lowe of RSM has raised the issue of North loosing its tech voice as a result of the demise of TechNorth. Whilst I joked with Jonathan on Linkedin, the topic required a well thought out response. Here goes.. enjoy!

Before I get going, articles of this nature (Jonathan’s) are written to get a response (and I’m no different). And we should all read such with a pinch of salt. But having said that, let me bite the bait…it’s more fun this way, don’t you think so? 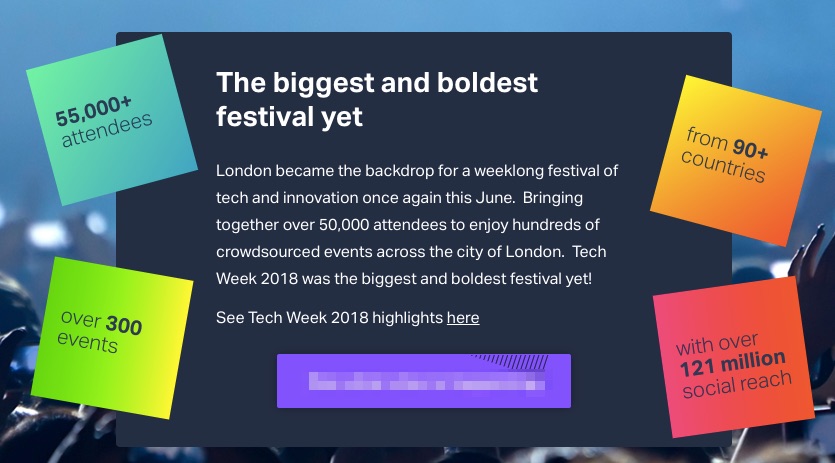 Just like London isn’t San Francisco, we need to accept that Manchester can only ever be the best alternative to London. And given the thriving tech economy of Manchester, today, we are the undisputed alternative tech capital of the UK. Whilst we should not rest on our laurels, we should be proud of our achievement. Of course, we can always do more, and this should be the focus of our attention, as this is in our interest.

2. A history lesson for the twenty something

When I started Northern Startup 2.0 in 2006 (later rebranded to Techcelerate), one of the aims of it was to reduce the brain loss to London and reduce the North South divide. Lee Strafford from Sheffiled worked tirelessly on the same theme, initially through his NetStart programme, then as a champion for Sheffield through the Local Enterprise Partnership (LEP) and later on addressing the funding gap. The birth of Accelerated Digital Ventures (ADV) is the latest attempt by Lee to address this gap. Whilst ADV is no longer about North vs. South, it’s nevertheless attempting to give North an equal voice. 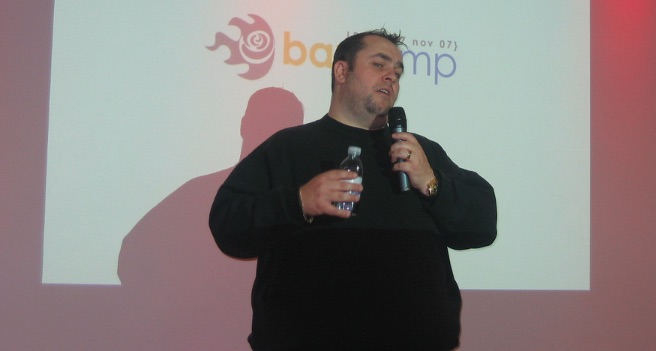 Today Manchester’s tech ecosystem is strong enough to not require a single champion at its core. This was not the case in last decade when I had to take the responsibility myself to create it. No one asked for me to do it. I did it for my own selfish needs. As my need was the same as of other tech entrepreneurs, they joined in, which led to the development of the Manchester’s tech ecosystem.

By the time I stopped in 2013, Doug Ward and Shaun Gibson have already taken on the baton to accelerate the development of the tech ecosystem. The duo was supported by the journalist Martin Bryant and tech entrepreneur Ben Hookway, who were both part of Techcelerate at the time.

Martin went onto setup the Manchester Startups Facebook Group, which has attracted well over 4,000 members from agencies to startups. One of the biggest beneficiaries of it is none other than me! Today Doug and Shaun have moved onto create their own brand, telcom, having significantly contributed to the development of the Manchester tech ecosystem. They continue to support it via SpacePortX (previously TechHub Manchester with Mike Butcher of TechCrunch – see 3.4 for bit of history).

Business Rocks organised by Jonny Cadden attempted to bring a SXSW type mega event to Manchester. Whilst he attracted Woz in the second year for a large sum of money resulting in Scott Fletcher having to bail out the event at the 11th hour, the business behind Business Rocks became unsustainable and eventually resulted in liquidation.

UK Government finally responded to the cries of the North and allowed TechCity to spin out TechNorth. Claire became the first leader but resigned before the end of the first year due to internal politics. Richard took over with the blessings of the community even though he was an agency man and provided the voice needed for the North. NorthernStars initiated by Claire and then championed by Richard became a huge success for those companies who were selected. There were attempts by James Bedford to address the funding gap. At the end of 2017, TechCity canned TechNorth and created TechNation run by London.

Manchester’s tech ecosystem in 2018 is at least 5 times bigger than when I stopped in 2013. And it no longer needs one man or an entity to lead. It’s a collective involving a diverse array of individuals and entities. For me, the followings are notable efforts and worthy of mention.

Tech North Advocates is a franchise of Tech Advocates of London founded by Russ Shaw. Manchester franchise was founded by business angel, Volker Hirsch and social media guru, Naomi Timperley. Volker is a Venture Partner at Emerge Education whilst Naomi is the Chair at Capital Pilot, both being investment vehicles.

Manchester Tech Trust (MTT) was setup by Peter Lusty and bankrolled by Neil McArthur of Talk Talk Group and others. It was setup as a charity to promote tech companies in Manchester and setup just before TechNorth. I was initially critical of the MTT due to lack of current tech entrepreneurs in their Board. This seems to have been partially addressed through the Network. My initial perception was that MTT was setup as a pre-screening vehicle for investment by Neil. My current understanding is that this is not the case. Perhaps someone could fill me in.

A late entrant to the market, Lawrence Jones is quickly making a name for himself in the Manchester tech ecosystem. Having first launched Business Cloud, an online and print magazine capturing tech news with Chris Maguire, Lawrence launched Tech Manchester with Patricia Keating to first address the lack of mentoring within the ecosystem. The acquisition of the sister building to UKFast has allowed Lawrence to venture into tech incubating. With media, network, investments and incubating space underpinned by the need for hosting services provided by UKFast (vs. Amazon Web Services and others), Lawrence will continue to push forward to become the first tech billionaire of Manchester.

In 2011 I setup Tech Centre Manchester (had to change from Tech Hub Manchester to please Mike Butcher of TechCrunch), Manchester’s first ever tech hub for Tech Startups. This was a joint venture with Bruntwood. Immediately after, Bruntwood acquired Manchester Science Park (MSP). Since then Bruntwood has acquired further innovation facilities from Alderley Park (old Astrazeneca campus) to Leeds. Anne Dornan, who was a member of Techcelerate Network during our previous tenure leads the support for tech businesses within Bruntwood empire. Chris Oglesby, CEO of Bruntwood is also a Director of Manchester Tech Trust. Bright Building and the newly opened The Incubator in Manchester will continue to contribute to the development of the Manchester’s tech ecosystem.

In 2018, I’m relaunching Techcelerate as a network-driven mini GP Bullhound to improve startup funding operating in the range of £150k to £3m. Techcelerate will constitute of four entities as we grow over the next 5 years to a trusted international brand. These being:

We’ve started rebuilding Techcelerate Network by launching monthly Techcelerate Coffees. We will share our plans as Alex gets to grips with working with me.

4. Stop complaining, it’s up to you to make your place better

If your city does not have a thriving tech ecosystem, you should get involve in creation of it, even if you do not lead its creation. There is simply no excuse. This is not a job for the government. It needs to start from the grass root level. And as demonstrated by Manchester, it will evolve with new leaders emerging as the time passes by.

The impact if any due to loss of TechNorth is already forgotten. It was part of the evolution of Manchester tech ecosystem and nothing more. Hope this answers your concern Jonathan. Coffee later this week?

Schedule a Call with Manoj

Get your Google Cloud Credits (GCP Credits) now up to $100k

The Perfect Pitch Deck for Pre-Seed and Seed

Get tech investment news delivered to your inbox every Monday.